The tournament, which was held in the stadium of GNDEC under zone C, received participation of 9 teams from the affiliated colleges of IKGPTU. The event was scheduled between 15th to 26th March, 2020 in which GNDEC played in zone D and emerged as winner in the zone by winning 4 matches continuously and battled the finals against DAVIET, Jalandhar,  which was held on 3rd of march at DAVIET itself.

GNDEC brought flying colors to the college by not only bagging silver medal but also offered the participating teams a warm hospitality which the participants acknowledged.GNDEC, Principal, Dr. Sehijpal Singh, inaugurated the event and congratulated the winning team from DAVIET and the second runners up GNDEC, Ludhiana. Sports staff of the college, Dr.Gunjan Bhardwaj and Shaminder Singh, congratulated both the teams and wished them good luck for future. 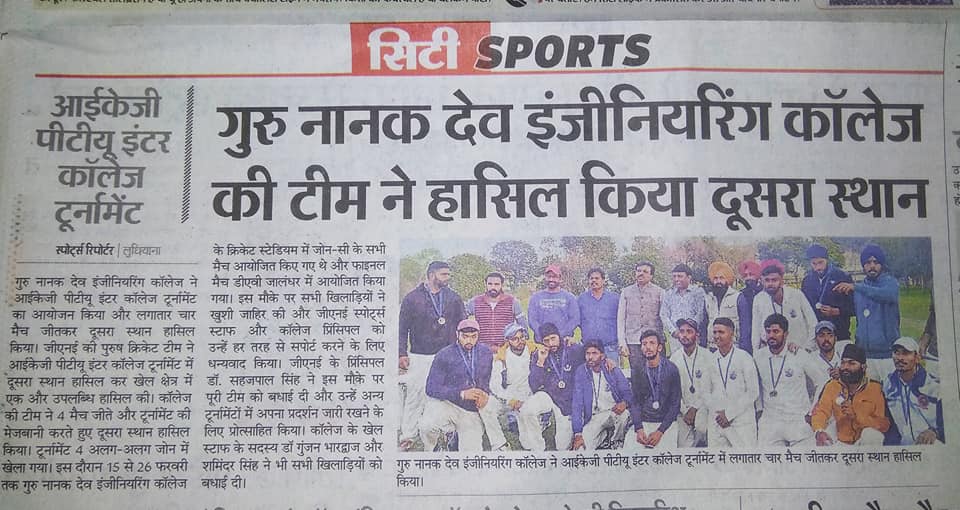 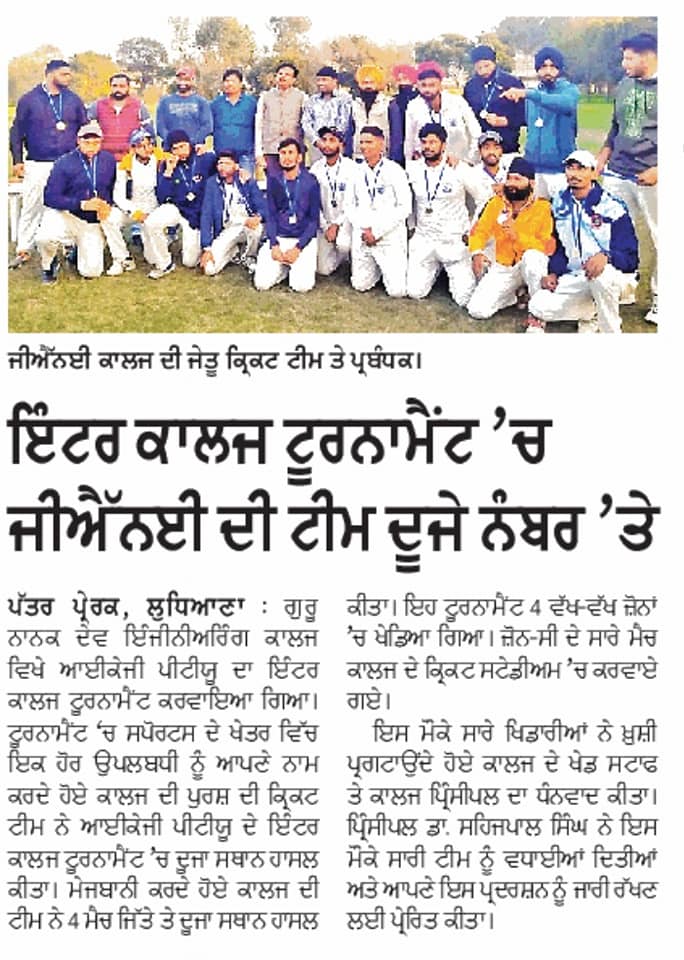 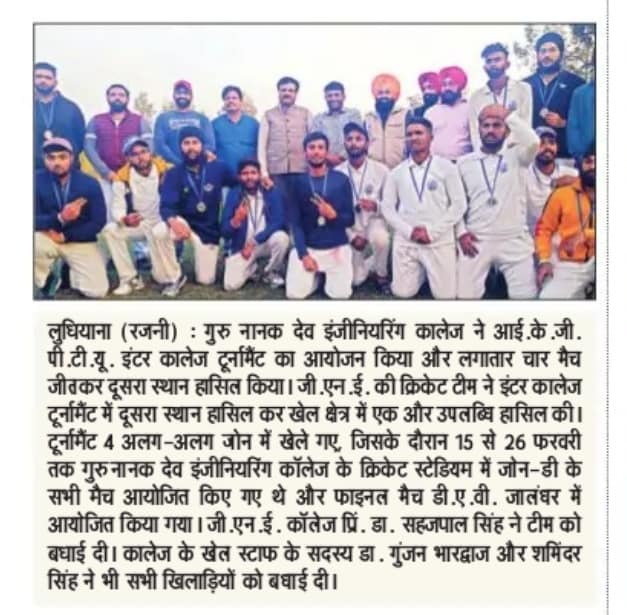 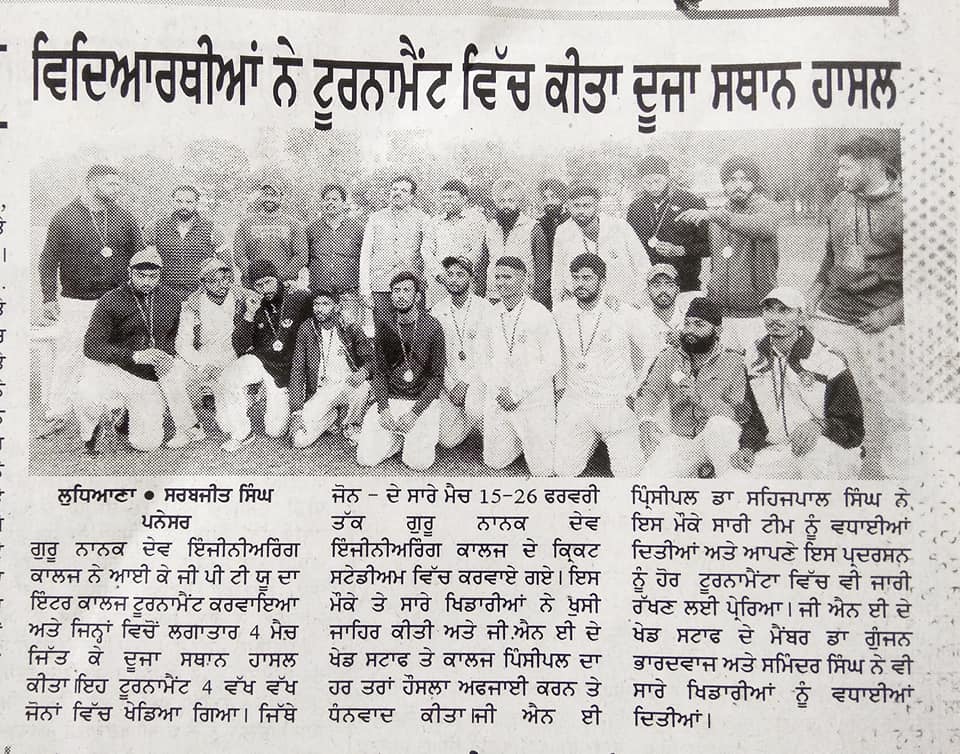 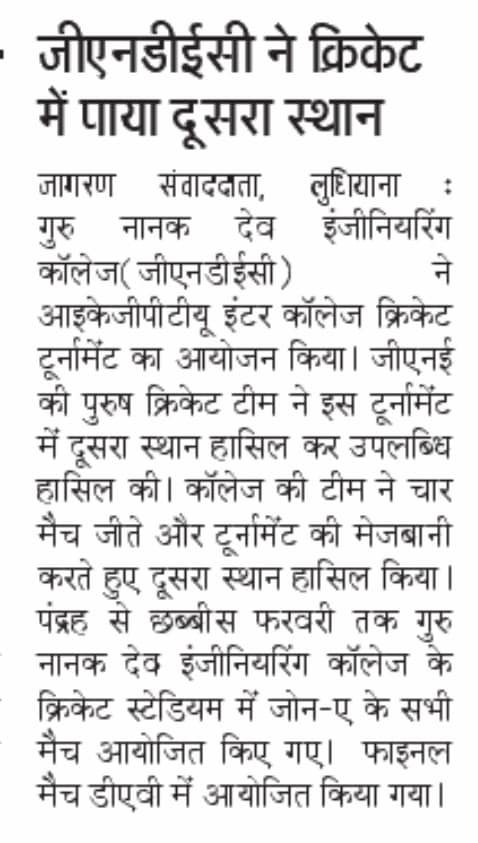