The Guru Nanak Dev Engineering College (GNDEC) has bucked a trend wherein numerous colleges in the state are finding it difficult to fill hundreds of engineering seats.
On Wednesday, admission seekers from various parts of the country made a beeline at GNDEC and over 1,100 applicants applied for 570 seats in different streams, including Civil Engineering, Computers, Electronics, Electrical Engineering., Information Technlogy, Production and Mechanical Engineering. According to college staff, 300 seats were filled earlier through Punjab Technical University (PTU).

Principal Sehijpal Singh said, “The college has received good certifications and has its own autonomous academic and examination system which is doing very well”. K S Gill, Dean (Academics) said, “Seats in various engineering colleges were not getting filled, but there is a huge rush of students seeking admission at the GNDEC because of its reputation.” He added that all admission could not be held by PTU as 70% have been reserved for rural quota. Thus all students don’t meet the criteria through PTU.Dr Gurdeepak Singh, whose daughter is applying at the college, said, “I studied from this college and now I am accompanying my daughter who has applied for admission here. The rush is not necessarily because of BTech, but because of GNDEC.” Several students from other states were also be seen standing in queues for counselling.
Nishay Singh from Purnia (Bihar) said,” I want to study Computer Science & Engineering from GNDEC as I have heard a lot about the college. Another student, Vaibhav Shukla from Uttar Pradesh said, “It is the ranking of the college that is attracting students from other states to seek admission here.”
Sanchit Parnami 2018 graduate of GNDEC said he admitted his brother in Computer Science & Engineering adding that he had JEE AIR 78,000. 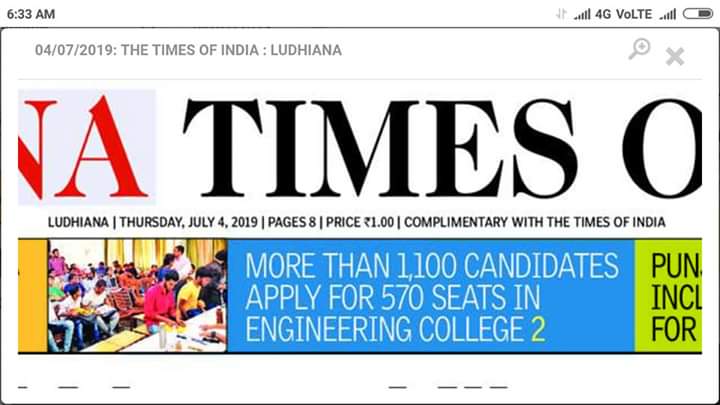 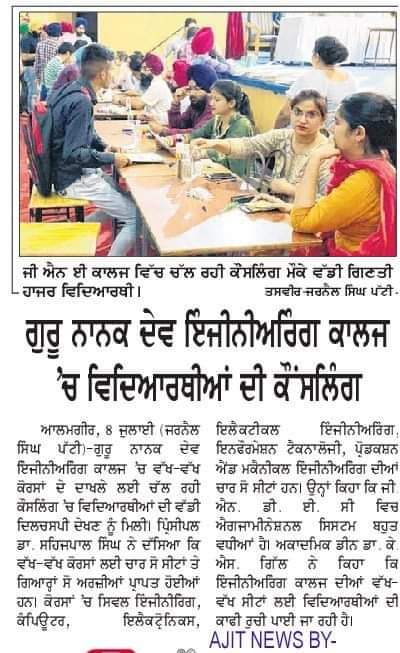 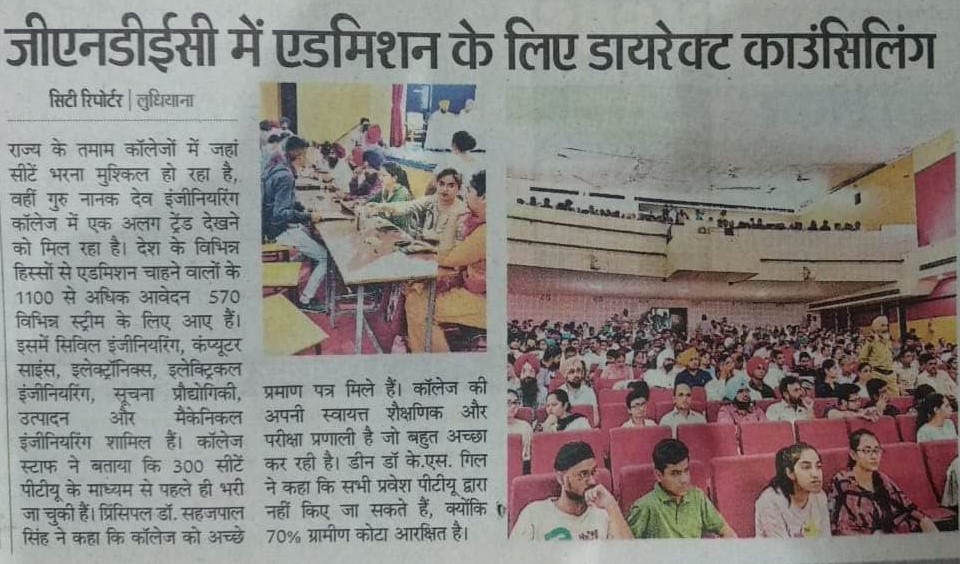