In order to promote the industry institute interaction, an industrial week was observed by the department of Electrical Engineering, of GNDEC under aegis of TEQIP-III project. The idea behind this endeavour is to promote the interest on students in core engineering fields.  Experts from different industries viz. Robotics, Switchgear, motors, wires, inverters and Solar energy   interacted with students. In the first session of the series, Dr. Munish Jindal, CEO, Hover Robotics and founder MentorX interacted with the students. He introduced the concept of Artificial Intelligence and demonstrated how it was influencing our day to day lives. He cited his own story as to how he started with Rs.35000/- in his pocket ten years back and now he heads an organization having global presence. He said that flying hover boards have become reality. Driverless cars would be the cars of the future. In another session, Er. Avanish from Kiloampere, Malayasia deliberated upon the basics of switchgear, the mechanisms involved and how in present times demand for green switchgear was rising. He showed through animation different types of faults, the types of switching devices. He said that students had two choices either to live life as LLY or YLL meaning Life leads you or you lead life. So students must plan their careers accordingly.  Er. Smita Nisal, AGM Design, Crompton Limited, Ahmednagar explained about motors, energy efficient motors and special purpose motors. She also gave an insight as to how to select motor for a particular purpose.

The balance three lectures on wires, inverters and solar energy shall be held in last week of October,2020. Dr. Arvind Dhingra, coordinator of the event said that event was to enlighten the students for the latest technologies in electrical engineering. Dr. Kanwardeep Singh, HOD, Electrical Engineering advised the students to sharpen their fundamentals to make themselves industry ready. Dr. Sehijpal Singh, Principal applauded the efforts of the department and said that such activities would go long way in bridging the industry institute gap. 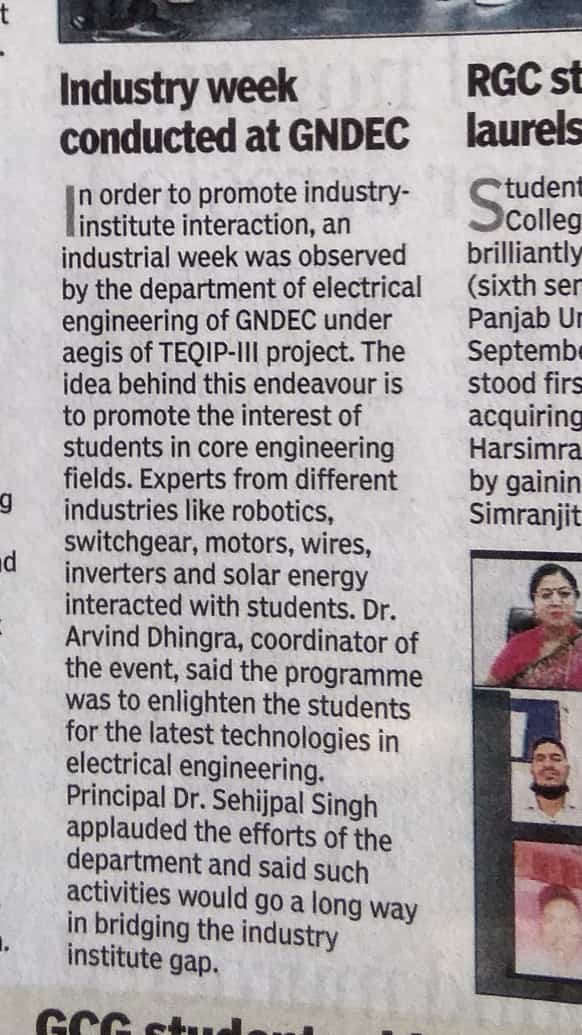 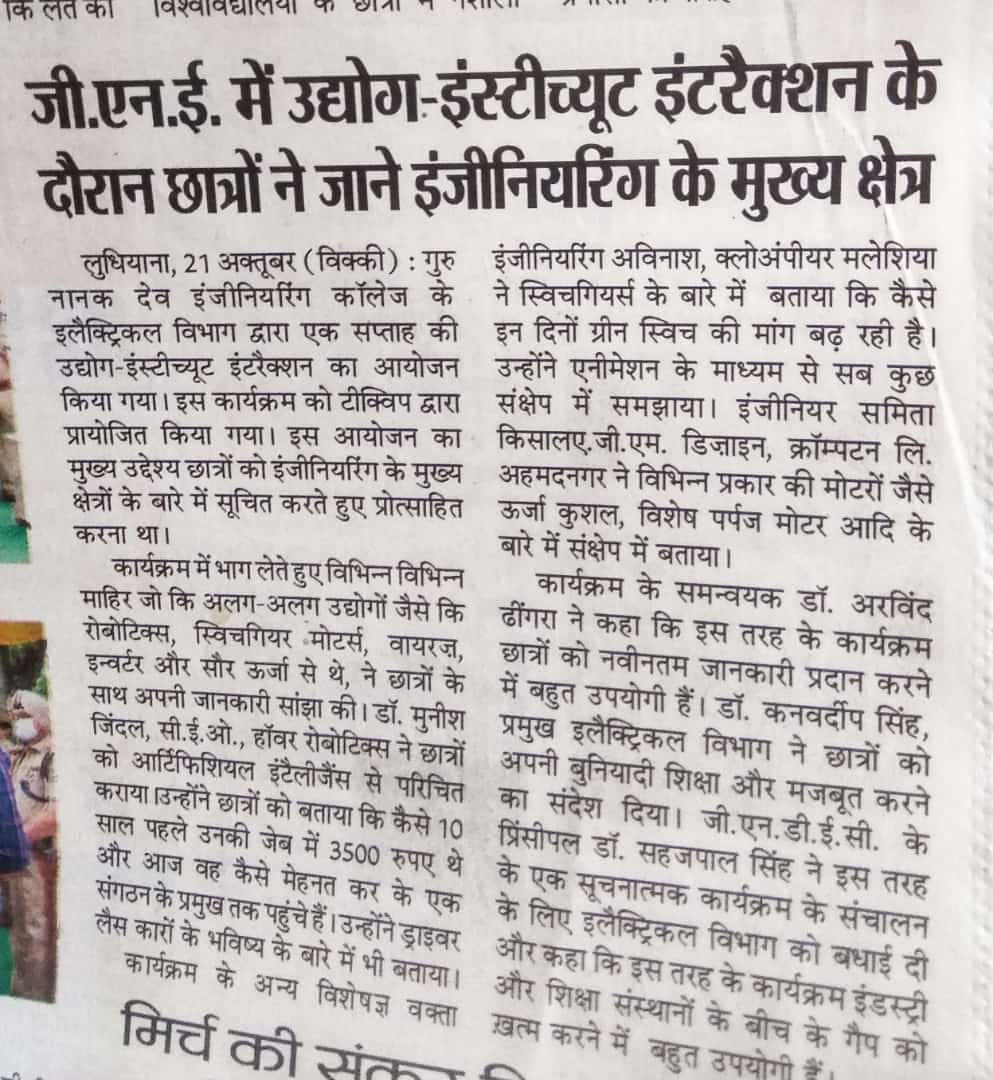 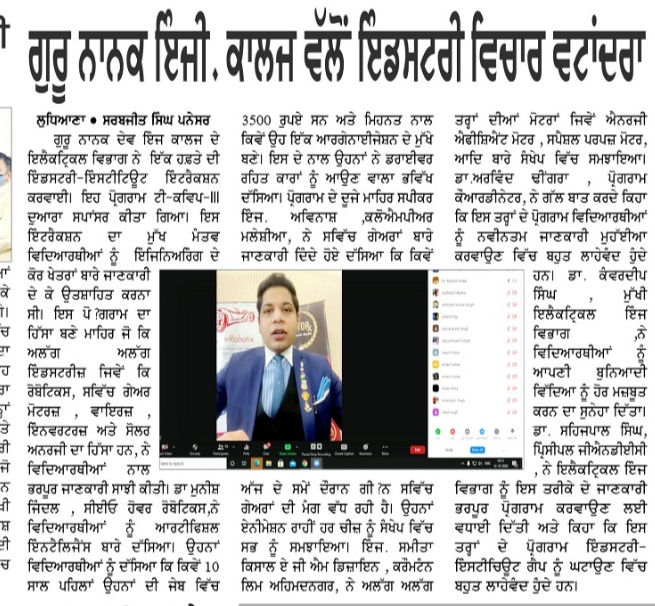 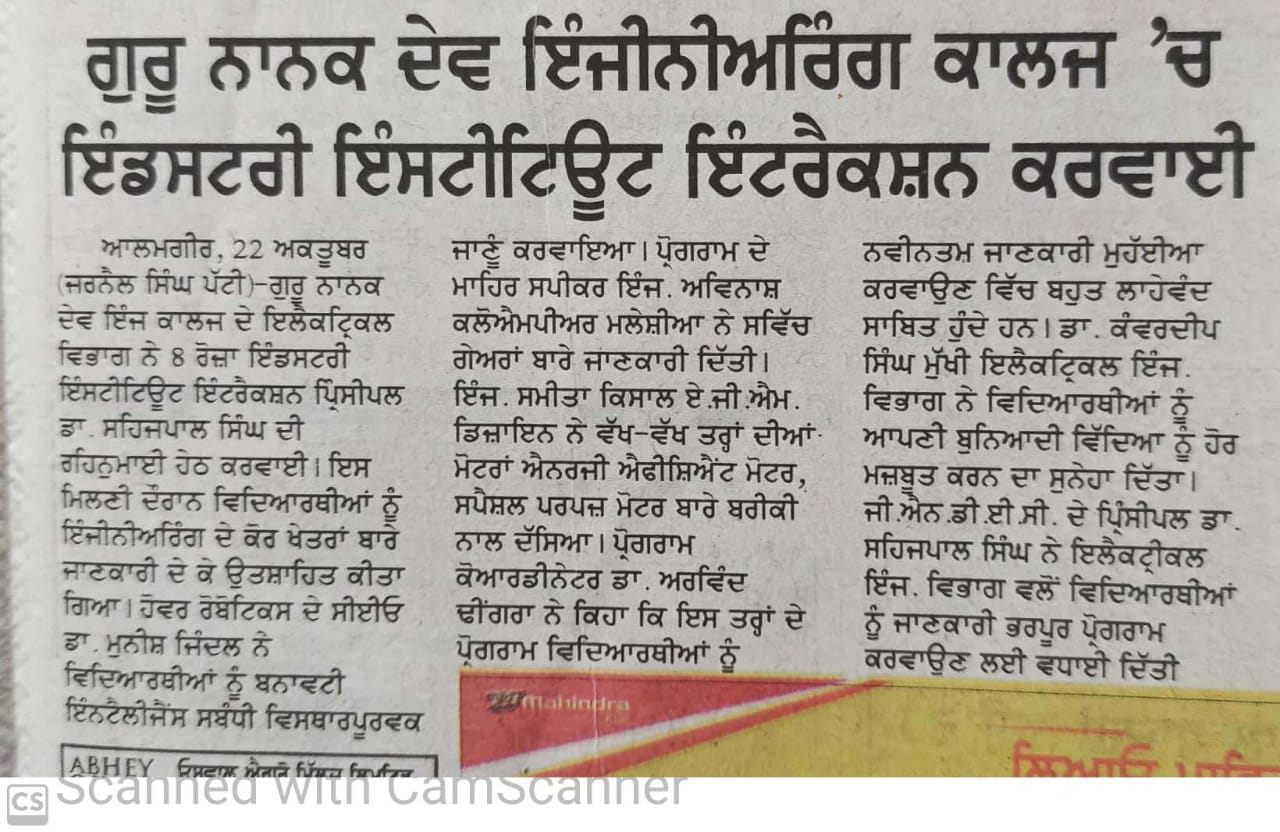 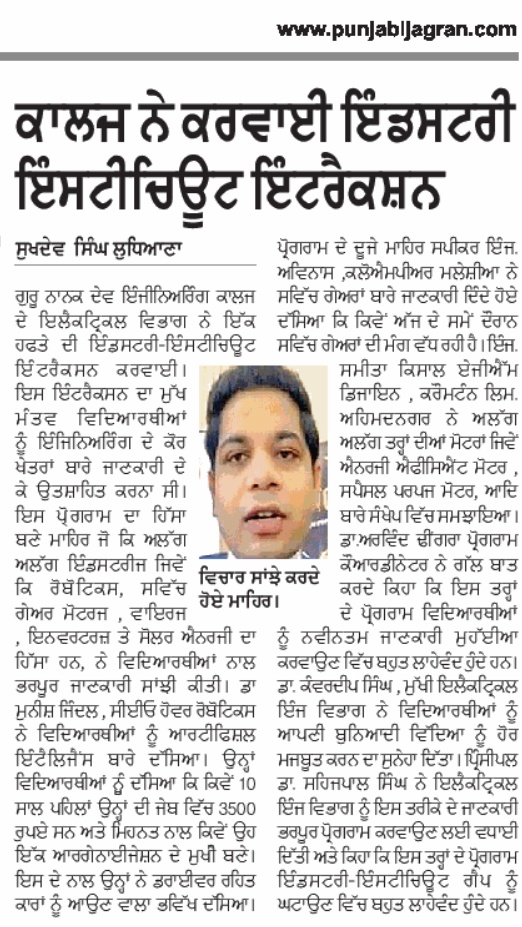 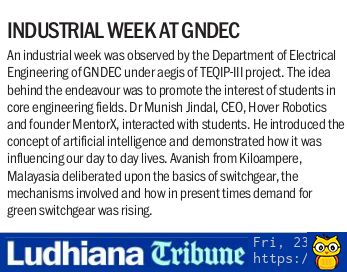 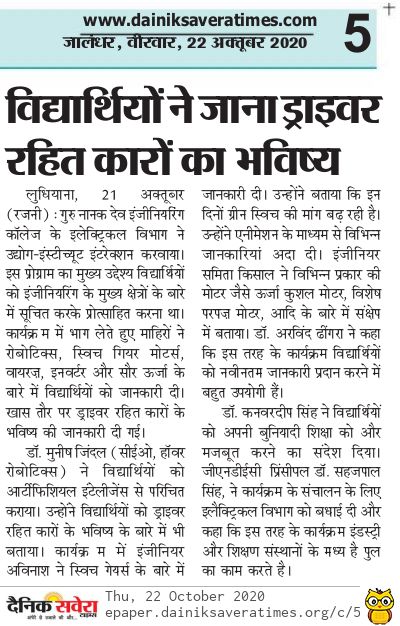 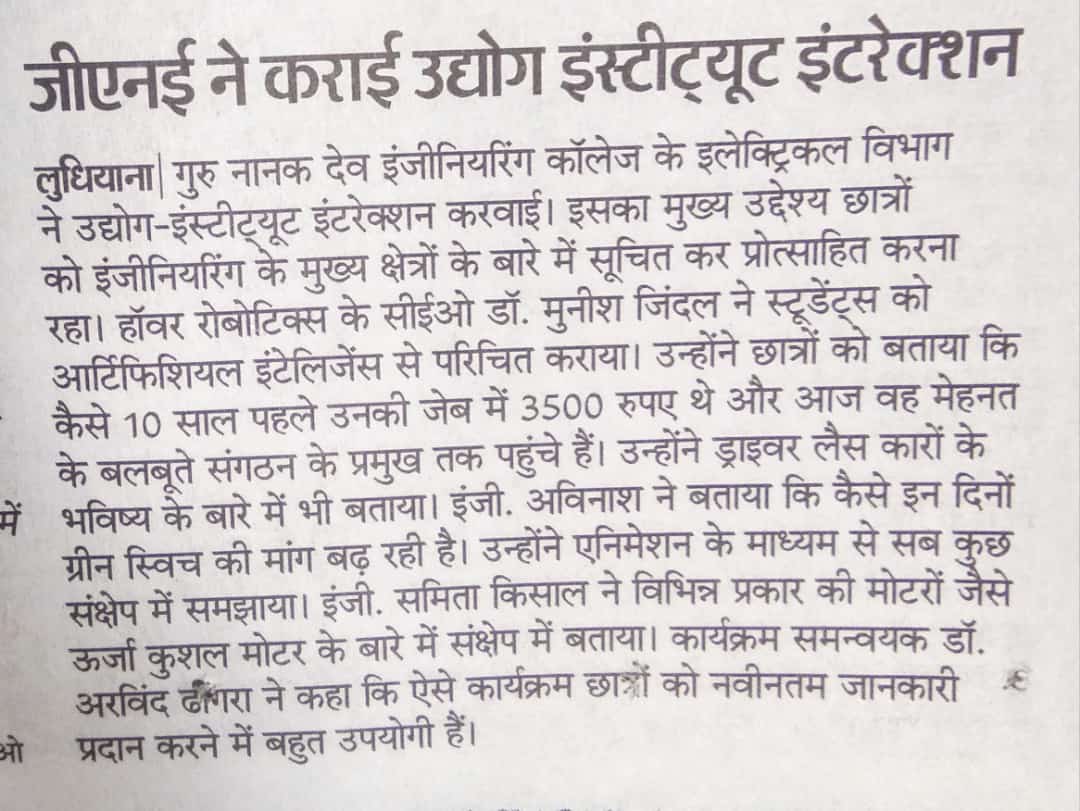