It takes energy, mental toughness and reinforcement to successfully deal with life’s opportunities and achieve one’s objectives. Such is the case of Punar Pratap Singh Sidhu, a student of computer science engineering at Guru Nanak Dev Engineering College (GNDEC).

His hard work and consistency shows in the achievement that he has obtained at such a young age. He has several achievements to his name. In September, he got a bronze medal in the Punjab State (ISSF) Shotgun Shooting Championship held at Patiala. He bagged silver in skeet shooting at the 39th North Zone Shooting Championship, which concluded at Dr Karni Singh Shooting Range, New Delhi.

He had also participated in the National Shotgun Shooting Championship in 2018 for the third time and was selected in a junior national camp for the selection of the Indian team for international matches.

Adhering his brother, Abinash Partap Singh Sidhu, who is an international-level skeet shooter, and Punar’s inspiration, Punar said he got motivated by his brother in every way possible, and sought training from him in all aspects. He is currently looking forward to secure a good position in the All-India Inter-University Shooting Championship and National Shotgun Shooting Championship to be held in November. 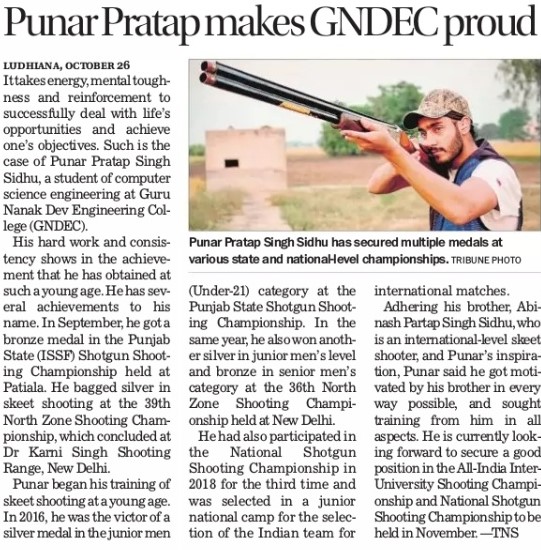 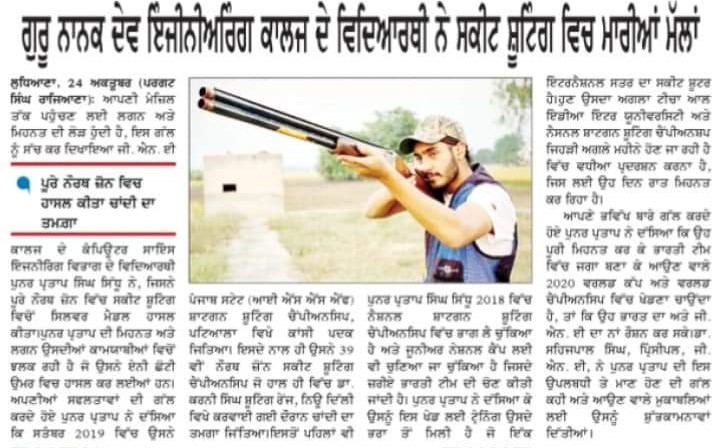 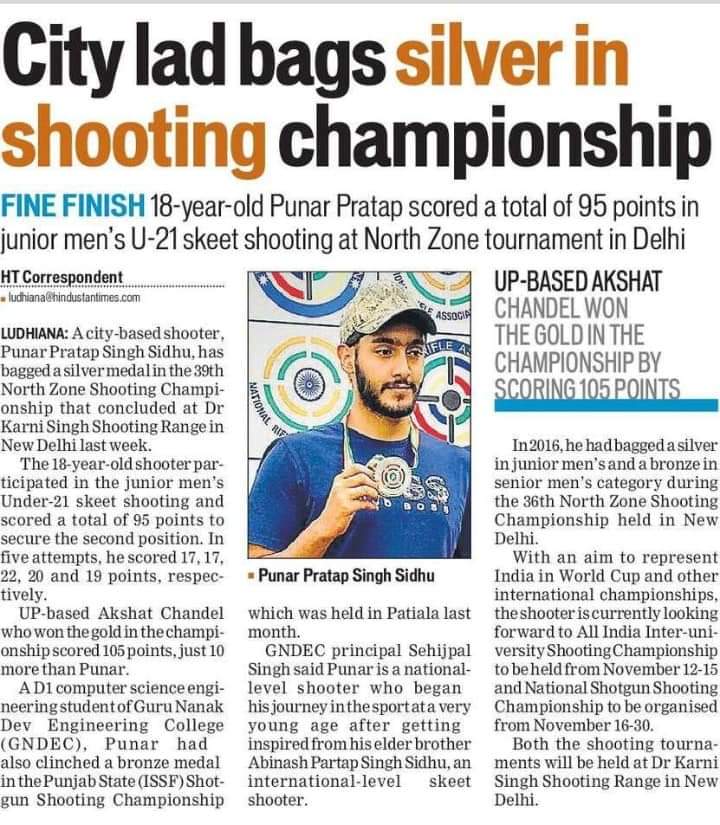 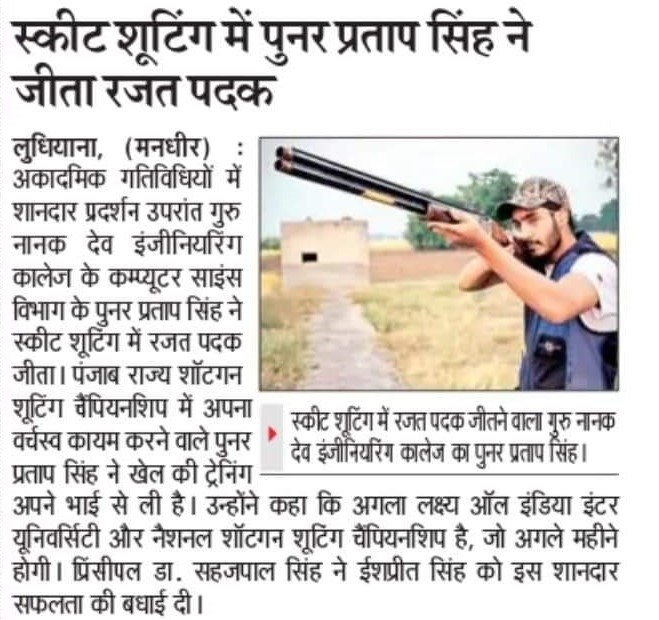 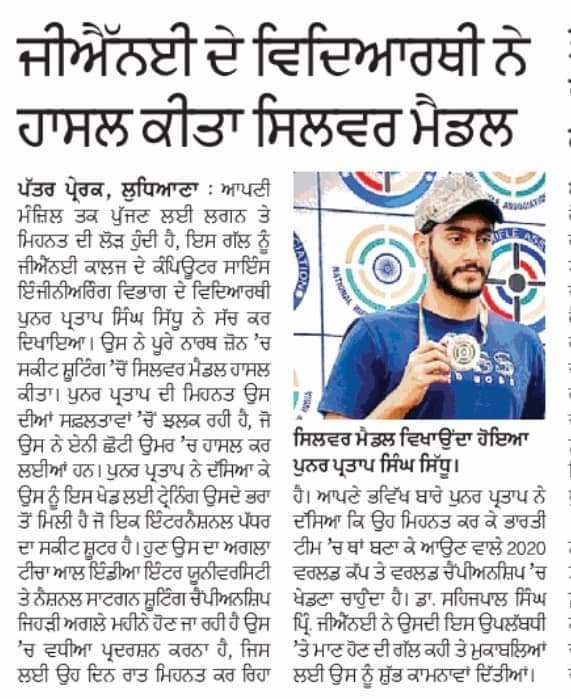 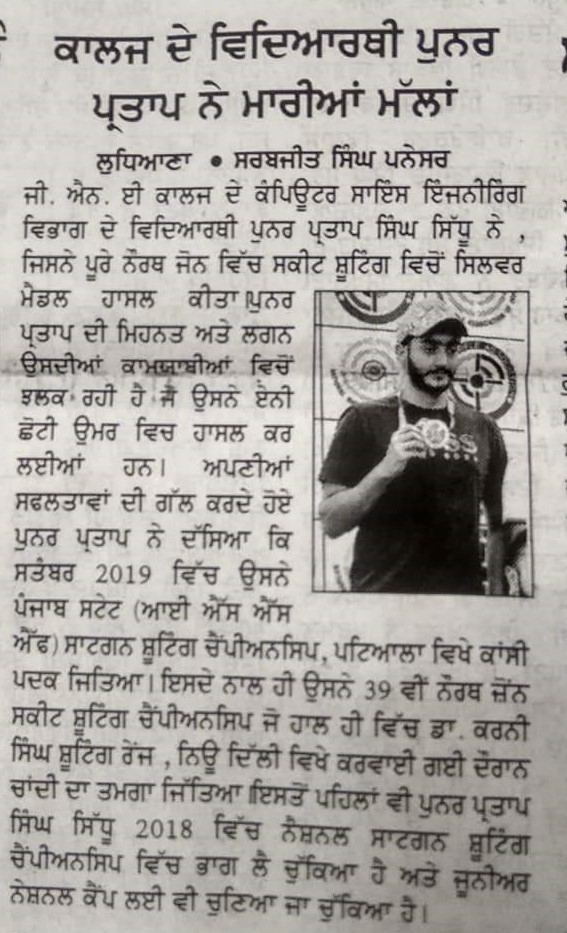 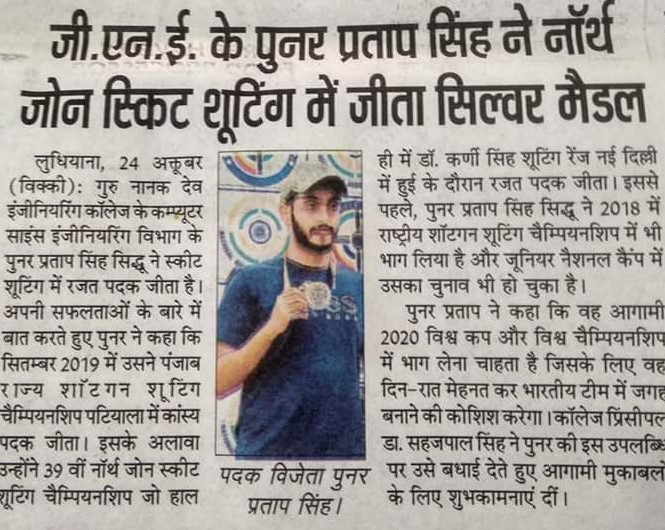