Setting another yardstick in the series of eminent events, Amandeep Singh, s/o Rajinder Singh, a student of Civil Engineering (2010- 2014 batch), plays a lead cast in the Hollywood movie; “Hotel Mumbai”.

Already declared a superhit, “Hotel Mumbai” is based on 26/11 attacks, which drew widespread global condemnation. Gaining an insight to the heinous act, the attack began on Wednesday 26 November and lasted until Saturday 29 November 2008. At least 174 people died, including 9 attackers, and more than 300 were wounded. Feeling fortunate to be a part of this movie, Amandeep Singh aka Imraan(in the movie) says that he has been really lucky in getting this opportunity in early stages of his life.

Amandeep Singh aka Imraan plays a terrorist in the film. It has been nearly 6 years of struggle for Amandeep in Mumbai & this seems to be the biggest break in his carrier of acting. He plays a Pakistani chap & mainly speaks Punjabi in the movie. This being a huge film in terms of cast & crew including Anupam Kher, Dev Patel, Armie Hammer and many other international stars and brand names, Amandeep aka Imraan plays a prime role in the movie.

Talking about his early life, Amandeep said he was always fascinated by the different amazing work actors do which triggered him to become an actor. He started his acting carrier in Punjabi music videos and short films. His GNE friends did a small production by making a short film, ‘Jimewar Kaun”; which still airs on you tube and that’s how the journey began. Feeling nostalgic about he mentions that these 4 years in GNE were the best days of his life and he misses his department, faculty & especially his friends. He mentions GNE is a pilgrimage form him and he adheres all his skills from here.

Further, He seeks Om Prakash Sir from National Scholl of Drama as his guru from where he is trained for acting. Om Prakash ji also has his own school in Mumbai as well, named “Clay School For Actors”.

Feeling proud about the fact that GNE has a store house of talent, widespread in every field and walk of life, Principal, Dr. Sehijpal Singh wishes good luck to Amandeep and prays for the movie to be a great success. 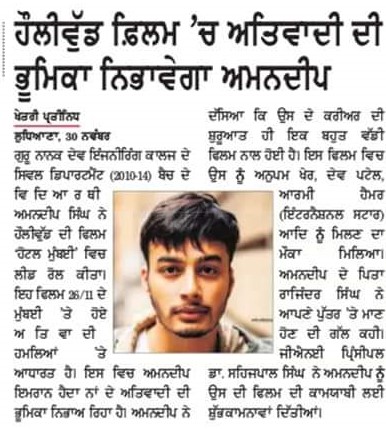 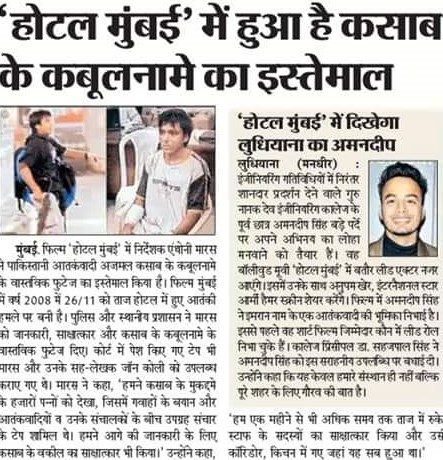 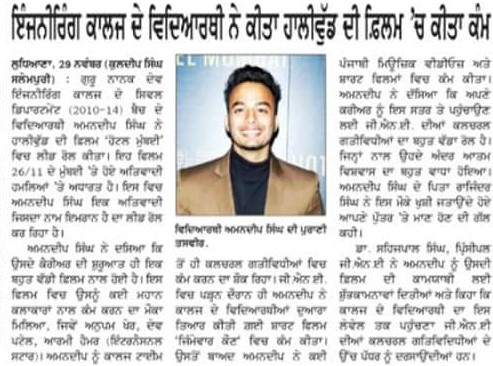 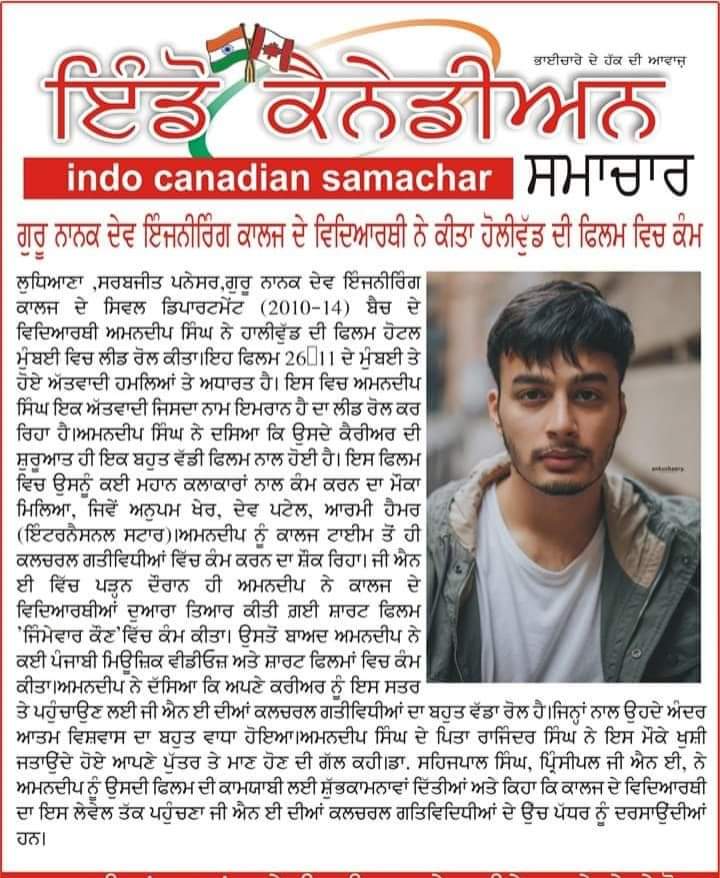 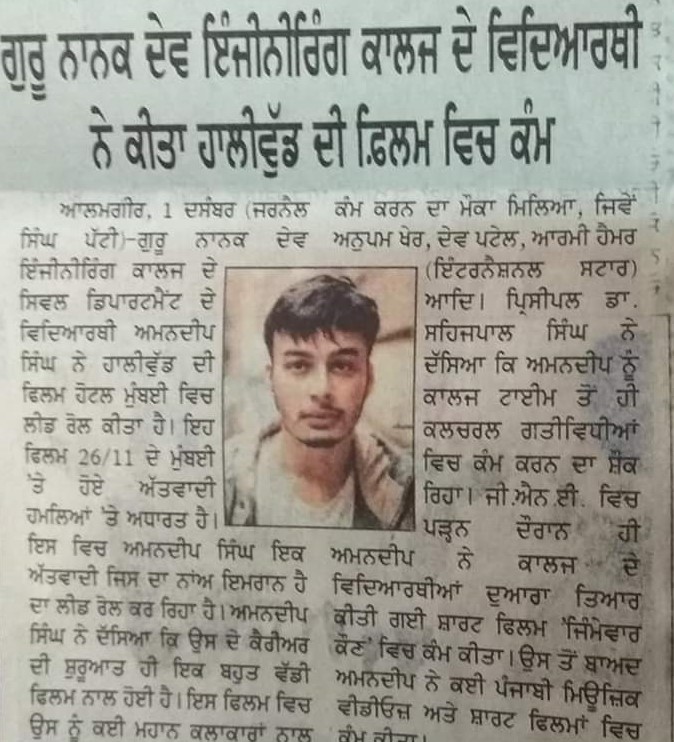